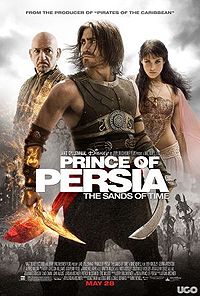 Jake Gyllenhaal is starring as Prince Dastan in the new fantasy movie Prince of Persia. Jake’s movie career started in 1991 with City Slickers and has included the cult movie Donnie Darko, action blockbuster The Day After Tomorrow and most famously Broke Back Mountain. None of these roles required him to be a muscle bound action star. In fact he has always had a slim and lean body. So how did Jake Gyllenhaal beef up for Prince of Persia?

In 2004 Jake almost clutched his first action super-hero role when Tobey Maguire’s poor health almost prevented him from playing Spiderman for the second time. He also just missed out to Christian Bale to play Batman.

Jake’s personal trainer for Prince of Persia was Simon Waterson who is the former Royal Marine that has worked with Pierce Brosnan and Daniel Craig on the James Bond films.

For his role in Prince of Persia Jake had to ensure that his training created the physique of a warrior and not a bodybuilder. He trained to build athletic muscle that was fast and agile. This form of training places more emphasis on muscular endurance.

For several months before shooting Prince of Persia Jake worked out 3 times a day, 6 days a week. Here is his daily workout routine that Simon Waterson set him:

As Jake was a slight build before the training it was vital to ensure that he did not over-eat while building muscle. It is very easy to eat too much when doing strength training which can lead to increased fat levels. Your diet still needs to be lean and calorie controlled to ensure that you provide your muscles with the fuel they need without giving your fat reserves a boost. However, as part of the training regime some healthy treats are allowed, such as dark chocolate and some wine. An absolute strict rule is no refined sugar.

These books are also available from Amazon UK and major book stores.