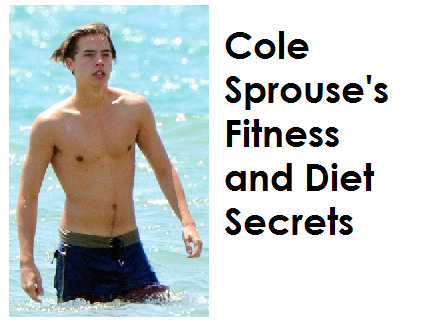 Cole Sprouse has been in show business since he was a baby – along with his twin brother Dylan, he was the baby Patrick Kelly in the sitcom Grace Under Fire, and in 1999 he played Julian in the the movie Big Daddy. He then played Ross Geller’s son, Ben, in Friends, which was one of his most famous childhood roles.

In 2005 he and his brother both starred in The Suite Life of Zack and Cody; he returned to the role in the 2008 spinoff, The Suite Life on Deck, and in the film that followed.

More recently Cole has become a popular teen actor, playing  Jughead Jones in Riverdale, which is based on stories from Archie Comics. Next year he will have appear in his first adult role, in a romantic movie Five Feet Apart about two  cystic fibrosis patients who fall in love.

Cole is a big fan of comic books and used to work at comic store Meltdown in LA. It was probably this interest that led to being cast for Riverdale and hopefully we’ll see him playing some bigger action roles in the years to come.

Cole is in great shape and he certainly has youth on his side, and standing at 6 feet tall, he also has the height advantage. But as well as being young and tall, he also lives a healthy and active lifestyle. He is a self-confessed foodie, and this means that he usually takes time to find something great to eat, rather than just grabbing any calories laden snack.

When he traveled to Manila he enjoyed Filipino food and said his favorite was Balut, which is a duck embryo. Not exactly the usual celebrity food choice!

As far as diet is concerned, all we really know is that it eats pretty healthy, although also enjoys burgers and pizza like most men his age. Plenty of exercise and being kept busy with his acting career means that he does not have time to binge on junk food and gain weight!

He told People about his fitness workouts and shared that he enjoys going to the gym with friends and is often spotted with KJ Apa (he plays Archie Andrews in Riverdale). Cole admits that he basically follows the routine set out by AK, which involves working different body parts every day.

“He’s ripped, he’s been ripped since he was like 10, so it’s nice going to the gym with dudes like that because I just mimic what they are doing and by proxy I get an exercise I never thought I would be able to get, which is one of the perks of being on a teen drama!”

“never underestimate the motivational power of a shirtless scene”

His main drive to get super fit is the requirement to take his shirt off in Riverdale – if you need motivation to be in awesome shape, that’ll do it!

High Intensity workouts and circuit training make up most of his routines, with mostly bodyweight training. Pull ups are a must to get a strong, toned V shape that always looks so good in the skin.

So to workout like Cole, focus on bodyweight workouts and supplement with a little weight training to bulk up any areas that are really flagging – but you’ll be amazed how toned and muscular you can get just with some good bodyweight exercises.