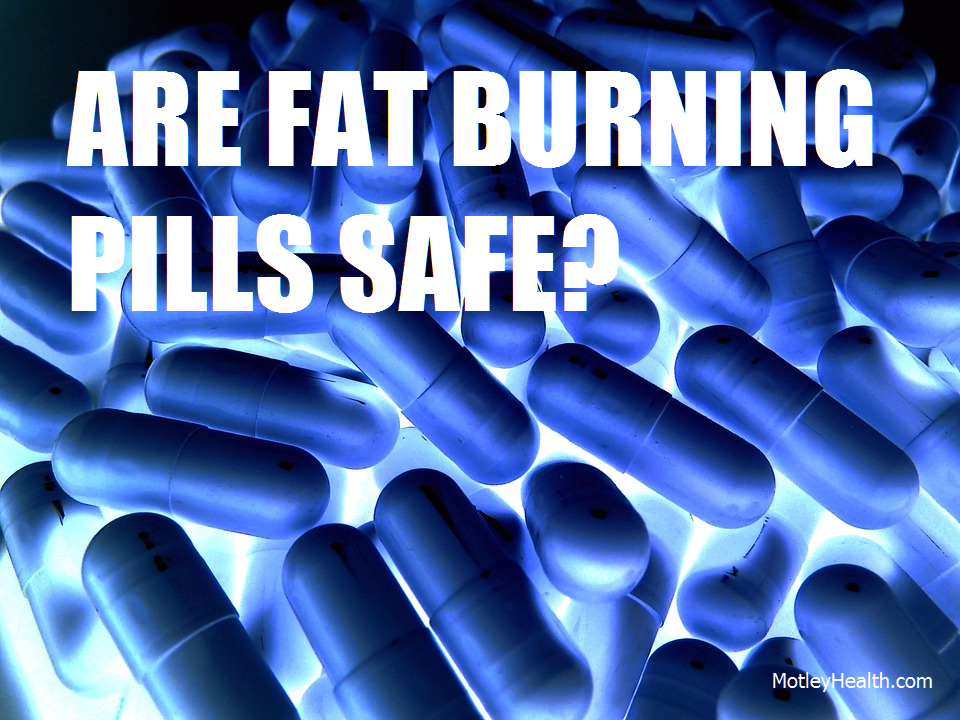 Short Answer: No, not really.

Fat reducing pills are very popular in both the bodybuilding world and among people trying to lose weight.

The Internet has made such supplements and medicines more accessible to people that would not normally think to buy them, and few people question if they are effective or safe, before buying online.

There are several types of diet pill on the market now. There are fat blockers which actively reduce fats from the foods you eat from being absorbed through the wall of the digestive tract, reducing the amount of energy (calories) you take in. Similarly there is a drug which blocks the uptake of carbohydrate. Neither of these pills are really safe in the long term and both have some side effects which are not very pleasant. Some drugs are positively unsafe, DNP is an example. DNP kills and is illegal, but people are still taking it to aid weight loss.

Fat burning pills work a little differently in that they are designed to increase metabolism that more fat can be lost. Most often fat burning pills are used by bodybuilders prior to competitions when “cutting” is most important. How the pills work to increase metabolism varies, but most contain a chemical concoction of caffeine, guarana, green tea and other ingredients which have been shown to possibly aid an increase in fat burning.

Although losing fat can be simpler and easier with the correct advice and nutritional products, it is absolutely essential that fat burning pills are only taken by people that are working out intensively on a regular basis. The pills should never be taken by people that are looking for an easy way to lose some weight. At best they just will not work, and at worse they could lead to side effects and ill health.

What Is A Fat Burner?

Most people know that to lose weight, you need to eat less and exercise more. The problem is that dieting can be a physical and mental torture! A fat burner helps you move towards your weight management goals, as part of your diet and training regime.

OK, so they may not be totally safe, but do they actually work as claimed? To answer that, we first, we need to look at what they are.

A fat burner helps you to mobilize and burn fat when used in conjunction with a sensible diet and exercise program. What this means is that the pills help encourage your body to break down more fat tissue for energy. However, the science is not conclusive – there is no solid evidence that they are effective, most of the claims are from individuals that believe they have helped.

Should You Use A Fat Burner?

If you’re training hard and still finding it difficult to lose weight, or you’re frustrated by the fact that the weight is not coming off quickly enough, a fat burner could help you reach your weight management goals more quickly.

One of the features of a fat burner is that it raises your psychological and nervous energy levels – you can become highly strung. This is designed so that you exercise with a greater intensity and therefore burn more energy.

This is the thermogenesis effect – you get hotter and work harder to burn more. It is argued that positive thinking and mental preparation before exercise can have a similar effect. In fact, much of sports and athletics coaching involves working on the psychological aspect of training to reach peak performance.

However, some research has shown that “bioactive components may support weight maintenance after a hypocaloric diet” (Belza, 2006).

Likewise, research into the effects of a green tea supplement shows it “enhances exercise-induced changes in abdominal fat” (Maki et al, 2009), i.e. you must exercise for it to be effective.

There are many risks associated with taking these kinds of medications. Fat blockers in particular have some negative side effects, including stomach aches, diarrhea, and a tendency to interfere with other medications, notably birth control and estrogen supplements. They can also encourage undernourishment as they often block the absorption of lots of fat-soluble vitamins.

Some of these medicines are high in substances like caffeine, which can have a negative effect on the heart. These medications also don’t help slimmer to re-learn appropriate eating habits.

If you are looking to lose some extra fat, and are exercising on a regular basis, then fat burning pills such Maximuscle’s Thermobol can help to speed up metabolism to burn fat. Some products such as CLA-1000 also help to break down fat.

Really it is for the consumer to weigh up the risks and benefits and decide if fat reducing pills are safe for them. There is no sure answer. The best answer is to adopt a healthy diet and do plenty of quality exercise. If you do decide to experiment with a fat burning supplement it is wise to keep a diary and note any unusual feelings or behavior. Increased aggression, anxiety, sleeplessness or paranoia and confusion could all indicate a problematic side effect of one of the ingredients and stopping the supplements immediately is the only recommended course of action.

Following a well structured weight loss system that emphasis both diet and exercise is the best way for most people to lose weight. However, many people intent on looking for the quicker, easier option, and if you are working out hard, then a fat burner may work well for you.

Diet Pills Kill Woman – The Dangers of Too Much Caffeine

This is not actually breaking news and we are not aware of any recent deaths. However, on researching the relationship of caffeine and health I came across a report from the journal of Veterinary & Human Toxicology that reported a death due to caffeine overdose. Although deaths from excess caffeine are rare, they do happen, and with more products flooding the market containing caffeine, these deaths are likely to continue. This gives rise to a larger question, are diet pills really safe? It is a subject that we have covered already, however, the risk of death from caffeine overdose was not considered.

A 22 year-old female was rush to accident and emergency after suffering a heart attack. Her heart attack came on after consuming too many diet pills that she had purchased online. These pills were of a thermogenic nature, designed to increase metabolism by raising heart rate. For this woman the result triggered a heart attack that killed her.

Cause of Death: Caffeine

A post-mortem examination revealed that she had a caffeine level of 1,560 micrograms/ml in her blood. The lethal limit is considered to be 100 micrograms/ml. Her caffeine levels were 15 times higher than the fatal level. How did she manage to accomplish this? No other substances were found in her blood and her death was attributed to acute caffeine toxicity.

Thermogenic diet pills are popular for one reason – they are currently legal to be sold over the counter, without prescription. The only diet pills to really work, such as fat blockers and carb blockers, have not passed testing or have had to be withdrawn from the market due to serious side effects. The thermogenic ones remain because so far they have not resulted in many fatalities.

The idea really is that by taking a thermogenic diet pill you increase your heart rate and metabolism to encourage you to exercise. Studies have found that when you consume caffeine you will workout with a greater intensity. Many athletes and bodybuilders drink black coffee in the morning before their cardio sessions for this reason. Although it is not known what happened in the case reported in Veterinary & Human Toxicology, there is a real risk that not exercising could be the cause of the highly elevated levels.

How Much Caffeine is Safe?

Over-the-counter caffeine tablets generally contain up to 100 mg of caffeine. In 2004 Sweden put a restriction on caffeine tablets, limiting the number that could be bought without prescription to just 30 at a time. This was in response to deliberate caffeine overdosing.

The study by Thelander reported the case of a 21-year-old woman who had taken 10 grams of caffeine (100 tablets). She called the ambulance afterwards and was taken to hospital but no problems were seen. Just as she was leaving hospital she collapsed after developing ventricular fibrillations (irregular and inefficient heart contractions). After 30 minutes her heart was restored but she suffered several more attacks afterwards. Doctors eventually stabilized her, but after being in hospital for 13 days in intensive care she deteriorated and died. The caffeine overdose essentially destroyed her heart, or her ability (the brain’s subconscious influence) to control her heart.

The same study looked at the toxicological results of 20 deaths attributed to caffeine overdose and in 2 of the cases ephedrine was found in the blood. Ephedrine is another chemical used in fat burners and stimulants designed to help people to lose weight.

How Much Caffeine in Over-the-Counter Pills?

Here are a selection of “fat burners” chosen at random by searching for “far burners” in Google Shopping results on 21st November 2011. Caffeine data taken from the product websites.

As you can see, each of these contains more capsules than the Swedish government allow to be sold on health grounds. Just 50 of the Nutrex capsules will provide 10000 mg (10 gram) of caffeine, the same amount that killed the healthy woman who Thelander and co wrote about in 2010.

Although the advice is to take one fat burner / thermogenic pill per day, some people do not read the labels and think that taking more will result in more fat burning. This is why care has to be taken as accidental overdoses do occur, and people tend to think that it is not possible to overdose on over-the-counter medicine. It is highly unlikely that anyone would take 50 fat burners in one go, however, currently the safe lower limit is not known.

How Effective is Caffeine?

Caffeine is certainly a stimulant, but does it really improve performance? Graham and Spriet (1991) examined the effect of caffeine on endurance athletes and concluded that neither cyclists nor runners saw any improvements in respiratory exchange ratio (used to measure fat burning) or plasma free fatty acid data (an indicator of total fat oxidation / fat burning) at rest or during exercise.

Some studies, such as the one by Namdar and colleagues in 2006 showed that caffeine actually reduces blood flow to the heart and may impair athletic performance.  As little as 2 cups of coffee reduces exercise-induced myocardial flow reserve at normoxia. Myocardial flow reserve is the rate at which blood can flow through the heart, and so impacts on the amount of oxygen that can be delivered to the muscles during exercise.

Caffeine has been shown to help muscles recover after exercise, but it is also responsible for increasing cholesterol levels.

So, care must be taken if you are considering taking fat burners that contain caffeine, caffeine based energy drinks or lots of coffee. Although coffee does seem to have some advantages and positive effects on health and fitness, there are also some serious side effects of having too much caffeine.

So, are there safe fat burning supplements? While none are dangerous as such, none can be considered totally “safe”, as all have side effects. Caffeine overdose is possible, as mentioned above. People with heart conditions or high blood pressure should avoid fat burning pills.

For most people reading this, and that includes you, a combination of exercise and healthy eating is all that is required.