Last night I watched Dragons Den (UK) and was introduced to Beam Block Yoga (or Step Yoga, as Peter Jones called it). Beam Block Yoga is a new system of yoga, designed by French yoga instructor Thierry Giunta, who has over 15 years’ experience teaching yoga.

He developed a new way to do yoga, which in some ways is similar to Iyengar, in that it uses props to help modify some yoga asanas. However, according to Thierry, BeamBl0ck is designed to make the postures harder to accomplish. Because you are forced to stand on a stationary point and cannot easily adjust your position – of course, beginners may be more likely to fall off the beam!

In the show, old-time Dragon Peter Jones and new-boy Touker Suleyman, each invested £25,000 to control half the business. It will be interesting to see how this product develops, as the Dragon’s suggested that while still following Touker’s dream of getting BeamBlock Yoga in gyms across the country, they also wish to sell it en masse with instructional DVDs. It would have been interesting to see what Duncan Bannantyne would have said about the product, but his absence was sorely missed.

BeamBlock could become the next big thing, similar to the popular gym systems such as Spinning and BodyPump, both of which took an already well-established form of fitness and turned it into a lucrative new business model.

Check out BeamBlock Yoga’s Instagram page for more photos of the product and system.

As soon as they hit the shops we’ll let you know where you can buy Yoga BeamBlocks. 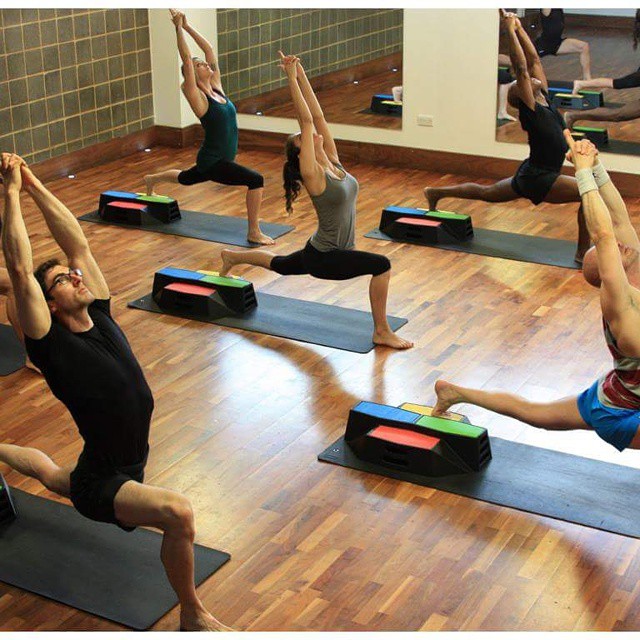