Diet plans rise and fall in popularity over the years, but there are always some that people are trying. Research has proven that all diet plans are almost equal in their ability to aid and maintain weight loss. The deciding factor is always the individual – do you maintain the diet properly or do you have too many cheat days, or simply give up too soon?

Here we run through the top diets for 2014. Some of these are based on new research and new theories on weight loss, some are older, some have been mostly discredited (but are still popular!) and some are commercial.

The 5:2 diet is certainly the most popular diet at the moment. CRON stands for Calorie Restriction with Optimum Nutrition. Two days a week are a very low calorie days, with no more than 500 Calories, and the other days are normal eating days. Popularity grew following a BBC documentary and we are seeing more references to it across in newspapers and magazines weekly. Learn more.

The 16 – 8 hour diet is another fast-type diet in which you only eat within an 8 hour window every day. So you have 16 hours of “fasting” and 8 hours of eating. You still need to eat healthy food during this time obviously.

The idea is that every day your body will be burning fat during the 16 hour period. The 16 hour period includes time asleep at night, so it is not really as bad as it sounds. Learn more. 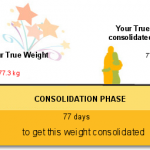 The Dukan diet is the French diet which really is very similar to Atkins.

It basically involves avoiding refined carbs in the early weeks, reducing total calories and eating a healthier diet. In 2011 it was famously used by Kate Middleton’s mother. Learn more.

The Paleo diet, also known as caveman, stone age and primal, is a diet which attempts to mimic the diet eating by humans before agriculture started to massively change our eating habits.

It is popular amongst fitness fanatics for its high protein and low sugar content. Few people will admit it, but it is similar to Atkins and Dukan in several ways. Learn more.

The Atkins diet is a largely misunderstood diet plan due to very brief, and often inaccurate, explanations in the press. It is a carbohydrate controlled diet (and not a high protein, high fat diet as some people claim).

The induction phase is super low carb, but this is only two weeks long. Atkins encourages healthier eating, with lean meats such as chicken and fish, fresh vegetables and other healthy carbs. Carbs are definitely allowed and encouraged! Learn more. 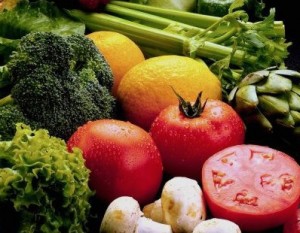 The alkaline diet is a low calorie diet plan which claims to aid weight loss by encouraging you to eat specific foods to manage your blood pH levels. It is not a scientifically proven way to lose weight. Plus, the human body regulates blood pH without the need to follow a specific diet plan. However, it is still popular nonetheless! Learn more.

A low GI diet is one in which you avoid high GI foods (carbohydrates) and consume only low and some medium GI carbohydrates. Lean protein sources are also consumed and regular exercise is also encouraged. It works by reducing the insulin response after you eat, which lowers fat accumulation and increases fat burning. It is effective. Buy our ebook and you will learn all about it!

The Cambridge diet is essentially a very low calorie diet (VLCD) which sets a daily calorie target of 440 to 1500 Calories per day. It is a commercial plan that is called the Cambridge Weight Plan. As it is a VLCD weight loss is guaranteed, if you follow the plan. It was developed in 1970 by Dr. Alan Howard, who was working in the Dunn Nutrition Laboratory in Cambridge at the time.

The South Beach diet was developed by Dr. Arthur Agatson (a cardiologist) and Marie Almon (a dietician). The designed was designed to reduce risk of heart disease, but like the Atkins diet, it was found to aid weight loss also. It is a three phase diet which controls carbohydrate intake. It is really a Low GI Diet because “good carbs” are the low GI ones.

Slim-Fast is a food product replacement which provides liquid meals. It first appeared in 1977. For many years it used the phrase “a shake for breakfast, a shake for lunch, then a sensible dinner”. It is essentially a low calorie diet plan which provides a balanced meal that helps you feel full. An alternative is to have a health soup of lunch.

Today Slim-Fast offers a  “3-2-1” diet plan, which is three 100 Calorie snacks, two 200 Calorie meals and one dinner. It now offers bars as well as shakes.

Meals consist of shakes, soups, mousses or bars. Overweight individuals (BMI 25-30) can have one approved meal a day in addition to the LighterLife meals. It is essentially a VLCD.

WeightWatchers now uses the ProPoints system to help you to plan daily meals. It is a very popular weight loss method. The main selling point really is the regular meetings which provide motivation and advice. No food is banned on the diet so it teaches you to develop a healthy diet plan that works for you. While it is not essential to buy WeightWatchers products some clients do feel pressurized to do so.

Rosemary Conley’s Diet and Fitness plan is a low calorie diet which emphasises low GI carbs and low fat food. Regular exercise is fundamental to the plan too, which is one of he main benefits of choosing this one. Regular meetings are held where further advice and motivation is given. One innovation of Rosemary Conley is a series of portion pots which help you to measure out different foods.

The Jenny Craig diet program offers personal consultations, meals delivered to your door and personal exercise plans. It is a very thorough weight loss plan, but as you can probably imagine the premium service does come with a premium fee.

It works because all meals and snacks are calorie counted for you. Many people fail to lose weight on a diet because they accidentally eat too much food! The downside is that you need to like all of the meals sent to you or there is a serious risk you will fall off the wagon.

Research has shown that all diet plans are really equally effective. While some aid faster weight loss in the early weeks (such as Atkins) over a period of a year all provide effective weight loss, so long as you stick to the diet.

The most important aspect of a weight loss plan is really consultation and motivation. Regular reviews of progress helps to motivate slimmers. All plans should really include an element of exercise. Remember, even plans such as Atkins encourage you to exercise.