No training program can last forever and after the next stage of preparation, which may be 2-3 months, the athlete performs in competitions. No matter if he has achieved the planned result or not, the off season begins. This training period is not secondary, as many novice athletes think. Its value is large enough, let’s see why exactly.

The main tasks of the transition period include full rest after training and competitive loads, as well as maintaining a certain level of fitness and creating fundamentals for the start of the next training. Particular attention should be paid to complete physical and mental recovery. These tasks determine the duration of the transition period, the dynamics of loads.

For modern weightlifting and other strength sports, there is a tendency to shorten the transition period and exclude passive rest from it. If in previous years the duration of the transition period often reached 1.5-2 months, now it is usually limited to 2-4 weeks. This is due to the continuation of the competition calendar, with the need to provide time for the preparatory period. The shortening of the transition period and the increase in various types of motor activity in it are also due to the need to maintain the fundamentals. At the same time, history knows cases when some world-class athletes, after a long and grueling preparation for the Olympic Games, which could last 2-3 years continuously, took a time-out for 8-12 months and after that successfully returned to the “big platform” and won medals. But this is rather an exception and is not recommended for athletes with lack training experience. 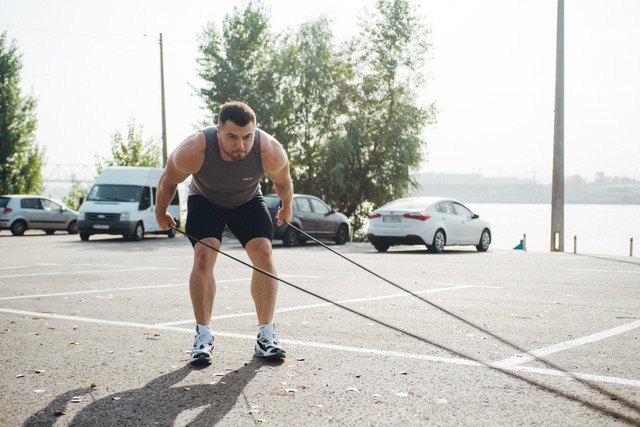 So, the first 5-7 days of the transition period, you can completely exclude exercises with a barbell (yes, you also need to rest with your muscles and your mind), diversify your lifestyle as much as possible in order to fully physical and especially mental recovery. You must remember that the muscles recover much faster than your mind. For psychological decompression, it is important to temporarily remove the classic workout and “change the situation.”

Training in the transition period is characterized by light loads. The volume of work in comparison with the preparatory period is reduced by 60-80%, the number of sessions during a weekly microcycle does not exceed 2-4. The focus of the work is also changing. The main content of the transition period is a variety of physical recreation and general preparatory exercises. In this case, it is advisable to focus on new exercises that have not been previously used in training. 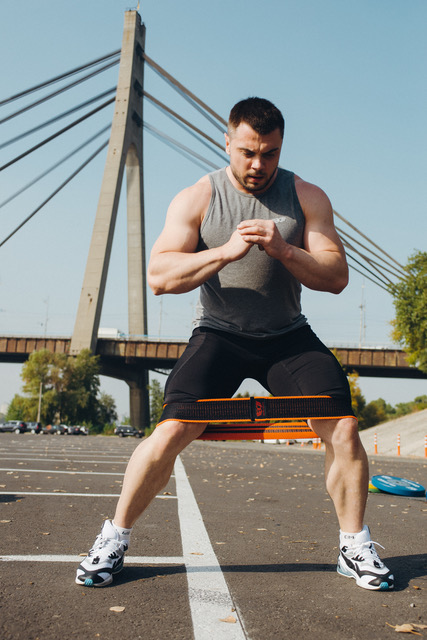 Also, various sports games can be attributed to active recreation: soccer, basketball, strangely enough many weightlifters are very fond of volleyball and table tennis, swimming, various types of functional training in a reasonable form. Such training is quite emotional and does not overload the athlete’s psyche. And their variety allows you to keep fit.

Weightlifters rarely and without much enthusiasm use aerobic loads in their training process, especially running. But during the transition period this type of activity is quite acceptable. For example, the famous Soviet weightlifter Anatoly Pisarenko (+110 kg) in the transition period ran 7-8 km in the forest, and in winter 12-15 km on cross-country skiing. And this did not stop him from setting a world record in the clean and jerk of 265 kg. Let me remind you that the medical norm for cardio exercise – 10,000 steps per day is a requirement for all people, including weightlifters.

As for the exercises directly from the weightlifting arsenal, we would recommend removing all dynamic exercises (that is, those in which there is explosive work). Muscle snatch, hang clean, presses, bench presses, deadlifts with medium grip, various variations of good mornings are perfect. Loads during this period are planned for light and medium, the number of reps should be 4-8, sets 2-4.

Sometimes the situation develops in such a way that the competition schedule is lengthened and an interval of 5-6 months appears between competitions. This is also a kind of offseason, but in this case it is important not to waste time, but to focus on power set training, choosing one of the training programs to create a strength foundation and increase power of  legs and back muscles.

Also, this period is ideal for the healing and prevention of old or chronic injury. Therefore, the daily regime and nutrition should be reasonably followed. It makes sense to pay attention to areas such as yoga, stretching, myofascial release.

With the correct construction of the transition period, its optimal duration, the size of the load, the athlete not only fully recovers after the last season, set into active work in the preparatory period, but also reaches a higher level.