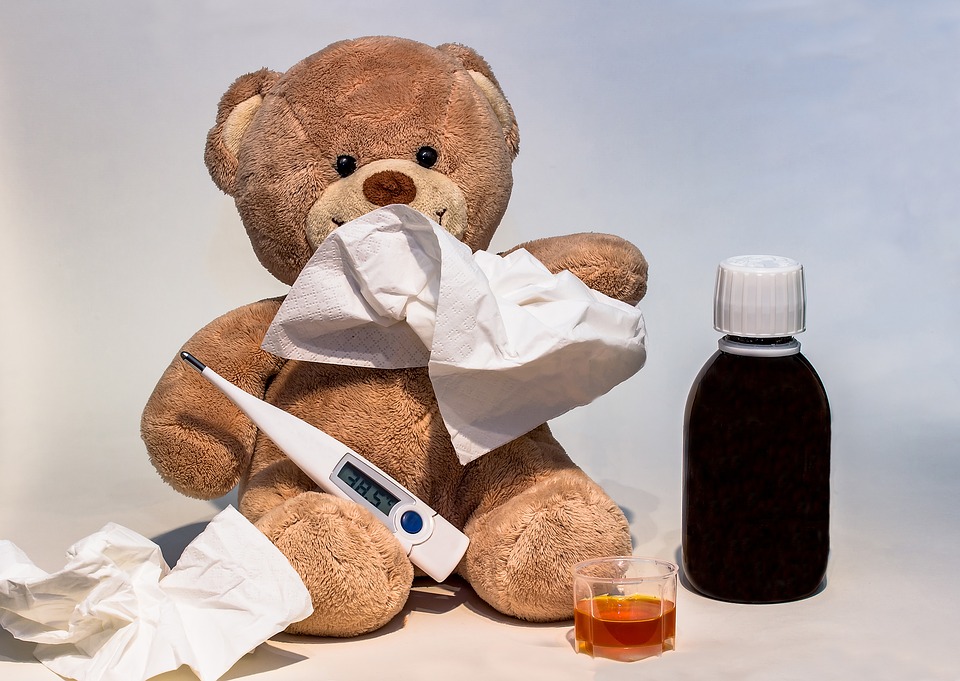 It is cold and flu season again. Now the weather is turning cooler more people are starting to suffer from common colds and less harmful strains of flu. Although catching a cold is not a great health concern it can result in a poorer diet (e.g. comfort eating when feeling under the weather) and reduced exercise which weaken the immune system and prolong the ill effects of the cold.

If you are trying to lose weight and get fit then making an extra effort to avoid catching a cold can pay dividends. Although there are no known cures yet for colds and influenza (the flu) we can take measures to reduce our chances of catching either of them in the first place. Here are a few tips to help you stay germ free this winter.

Get a Flu Jab!

The flu jab will prevent the most dangerous and most common strains of flu. You must get the jab before you get sick though – it’s a vaccination, not a cure. In fact, if you are suffering any cold or flu, you won’t be allowed to have the jab until you are well again.

Research has shown that people who do not get enough sleep each night are far more likely to develop a cold or influenza. During sleep our bodies focus on recovering, and our immune system is repaired and strengthened to allow us to fight another day. However, people who deprive themselves of sleep are also depriving their immune system of the chance to operate at maximum efficiency, and the result is that they pick up a cold, or worse, catch influenza.

Research by Carnegie Mellon University, published in Archives of Internal Medicine, found the risk of catching a cold was trebled when subjects slept for less than 7 hours per night, compared with those who slept for eight hours or more a night. The less an individual slept, the more likely they were to develop a cold.

Nutrition: Feed a Cold and Starve a Fever?

No! Eat Well and Do Not Diet

What and how much we eat plays an important role in the development of our immune systems. Not only is eating a well-balanced, nutritious diet essential for maintaining a healthy immune system, recent research has also shown that people who go on a weight loss diet in the winter are far more likely to catch a cold of flu.

Recent research published in the Journal of Nutrition, suggest that contrary to the old adage “starve a fever”, those with a temperature should eat well, if not more. With flu cases in England and Wales currently approaching a nine-year high, and similar trends being seen America, it is becoming more important than ever that people start to focus on eating more healthily.

The research revealed that even if a subject receives adequate amounts of vitamins and minerals, if the actual amount of food is lacking, risk of developing colds and flu increases. In addition to raising the risk of developing a cold or flu in the first place, those consuming less than half the recommended calories per day (which some dieters do insist on, even in winter) took longer to recover from illness.

The advice seems to be “feed a cold, feed a fever“. Even those who have received the flu vaccine should steer clear of dieting until the warmer months arrive, as the flu vaccine is not a guarantee that you will stay flu free all winter. Professor Gardner points out that “if the strain of flu a person is infected with is different from the strain included in the flu vaccination, then your body sees this as a primary infection and must produce the antibodies to fight it off.”

Is Vitamin C  Good For Colds?

Contrary to popular belief just taking a vitamin C supplement does little to prevent colds and cannot cure a cold either. Research by Heimer (2009) found that vitamin C was of no use is preventing or treating the common cold. Only athletes who were training in subarctic conditions benefit from taking a daily vitamin C supplement. For everyone else it simply does not help.

Exercise More to Fight Off Colds

Research published in the British Journal of Sports Medicine has found that people who exercise on a regular basis are less likely to develop colds.

When 1000 people were studied it was found that people who exercised caught half the number of colds than inactive people. Also, when they did catch a cold they fought it off quicker.

One unexplained finding was that people who consider themselves to be fit also have a lower chance of catching a cold. It seems that as well as fitness playing a role in boosting the immune system, stress is also a very important factor. People that think they are fit are happier and more confident with their bodies and are less stressed.

When to Stop Exercising?

Although exercise helps to prevent colds it is still important to stop exercising if a cold gets bad. The general rule is that if your cold is above the neck, i.e. you are just coughing and sneezing, then carry on exercising. If it starts to affect your chest more severely or you are suffering from fever or aches then it is a good time to slow down and allow your body more time and energy to recover.

Another unexpected result is that older males that are married suffer fewer colds than younger men. This may just be because they tend to mix in fewer social circles and are less exposed to a variety of colds each year.

However, everyone in the study who exercised more was less likely to catch a cold. Generally exercising for 5 days per week almost halved the number of days sick with a cold.

The reason for the reduction in colds is that exercise helps to boost the immune system. There is a temporary increase in immune system strength after exercise, so regular exercise works better than just exercising once a week.

The immune boost after exercise only lasts for a few hours, but it is thought that this could be enough to keep on top of the viruses in the body. By exercising a little every day you help your body win the battle against infections.

Keeping your hands as clean as possible really does help to prevent colds from spreading. Germs will spread to any surface that is touched by someone with a cold, such as door handles, keyboards and mice, telephones, kettles and public transport.

Most people are aware that you should cover your nose and mouth when sneezing and coughing, however, few people realise that the germs can quickly be transfered from the hands on to other surfaces. In fact, more germs are held on the surface of your hands than in a sneeze or cough.

It is important to remember to always wash your hands before you eat or drink, before preparing food. To prevent the spread of a cold you should also wash your hands have you sneeze or cough.

Many people start taking multivitamins and massive amounts of vitamin C when a cold starts to take a hold on their immune system. However, garlic may actually be a better solution. Obviously this is not actually tea, but more a potion. Here is how to make “garlic tea“.

Garlic has natural anti-viral, anti-bacterial and anti-fungal properties which is why it helps to fight off colds. At the first signs of a cold – sore throat, runny nose etc. make a cup of garlic tea. The first few times will be unpleasant, but in time you should grow more accustomed to the taste and may even start to enjoy your garlic medicinal tea!

2 Comments on “Tips to Fight off Colds and Flu”