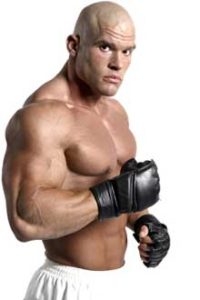 Plyometric Circuits are the corner-stone of a good boxing workout. A boxer must maintain his strength and explosive power through two or three minute rounds. Plyometric circuit training is designed to mimic the demands of an actual fight. It takes exactly two minutes, or the duration of a round in amateur boxing, to complete the following eight circuits.

Leave one minute rest between each circuit and do sets of circuits to recreate the conditions of a fight. Do each exercise for 15 seconds at a very high intensity and then move onto the next.

Boxing workouts are very popular ways of getting fit and losing some weight. Many people become sedentary over the winter months.

Boxing workouts train you to be powerful, not just strong. Start with vertical jumps, then chin-ups, then seated medicine ball throws with a partner. Move onto straight one-two (jab-cross) punches with dumbbells. Then, using Swiss ball, alternate abdominal crunches with incline press-ups. Perform side jumps with a 20-30cm high rope. Move onto flurries of punching combinations while holding 1-2kg dumb-bells, and finish with 3-5kg medicine ball sit-up and throws.

Weight training for boxing should benefit the whole body, so cut out isolation reps, and choose free weights over machines. You want strength, so aim for two to three sets with six reps, explosive on concentric phase and slow on the eccentric phase.

Plyometric Training for Boxers and Athletes

This is resistance exercise followed by a matching plyometric one. For instance, a bench press followed by medicine ball chest pass. The resistance workout kicks the nervous system into gear, so that more Type IIb fibers are available for the second explosive exercise. Type IIb muscle fibers are those that produce the most explosive force.

Sport-specific complex training includes exercises of plyometric nature that closely mimic actions like throwing a punch from the ball of your back foot to your fist, with proper posture and technique.

While a three to five mile run a week is a good idea, a boxer should make his cardio workouts sport-specific. Interval training is ideal for boxing. An 800 meter interval would closely mimic the anaerobic demands of a three-minute round of professional boxing. Amateur bouts consist of four two-minute rounds, and the following workout has been designed with this structure in mind.

Begin with a 1,200-1,600m warm up of jogging, hopping and short sprints. Then do three 600m intervals at medium intensity with a one or two minute rest between runs. Then do three 200m intervals at high intensity with 30-second rests and jog back to the start point after each run. Finish with an 800m loose run to warm down. Two interval training sessions per week should deliver the best results. Also buy a skipping rope to improve your stamina agility and foot speed.

Boxing Workouts and Motor Programming – Training the Mind of the Boxer

A vital part of a boxing workout is to imprint sport specific actions and make them reflexive by reprogramming the body’s motor programming unit. No matter how much stamina a runner has, he will be exhausted after just a couple of rounds. The act of running is imprinted from an early age, but throwing a punch with proper posture and leverage is an underdeveloped skill for most. An aspiring boxer can train to reprogram his motor unit and progressively boost his performance with better posture, balance and co-ordination, resulting in a drastic improvement in reaction time and fighting ability.

Barry McGuigan is still one of the best boxers to have come out of Ireland. His professional career started in 1981, and in 1982 he won 8 fights, 7 of which were by knockout. In 1985 he finally won the WBA title in the featherweight division. His total fight record was 32 wins and 3 losses, with 26 wins by knockout. In January 2005, McGuigan was elected into the International Boxing Hall of Fame.

Recently he was asked what his favorite exercise was, and he revealed that bodyweight dips were his preferred exercise.

Dips are one of the best bodyweight compound exercises. They work the chest (major pectorals), front delts (anterior deltoid) and triceps. These muscles are essential for boxers and as dips is a pushing exercise the correct muscles are being strengthened. Curls and rows are less important for boxers.

Barry McGuigan is now 50 years old but still performs dips. Being of a smaller frame is a great help though, as your muscles do not need to lift such a large mass, but really anyone should be able to perform dips throughout their lives if they stay in shape.

Performing dips is also a great way to help tone he upper body and to help with weight loss. The delts and chest are large groups of muscles, do if you combine dips with squats, you will start working the whole body and burn a lot of fat, as well as build solid, functional muscle tissue.

In November 2009 McGuigan launched the inaugural Barry McGuigan Boxing Academy in Leicestershire, UK. The academy aims to help youngsters improve their sporting and academic skills by offering boxing tuition as an incentive for staying on in school or college.

More articles to help you get Fighting Fit

Jon Wade studied Health Sciences at the Open University, specializing in Nutrition and Obesity. He has trained in many martial arts, including kickboxing, kung-fu and karate, has played cricket and plays badminton. He started weight training to support his martial arts during the 1990s and still lifts today. He has been researching and writing on fitness, weight training and health since 2006.