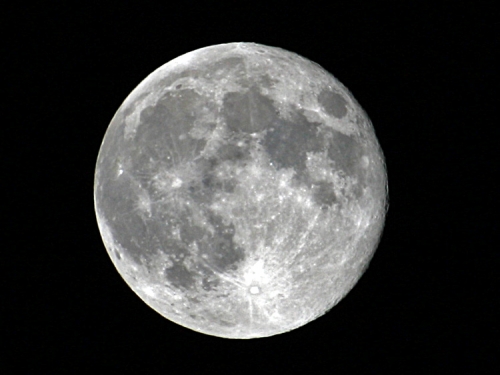 The credit crunch has swiftly killed off the organic food movement, as organic is just too expensive for the average pocket. The recent studies that showed organic food to be no better for your health than intensively farmed food did not help either. So, what can possibly fill the vacuum left by the departure of organic produce from the farm store shelves? The answer is Biodynamic Food!

Biodynamic food sounds like the sort of diet that Steve Austin or Jaime Sommers would eat. But really it is more closely related to lycanthropes, as it is a new diet system that follows the path of the moon. Eating seasonal food is not convenient for today’s fast paced society, but following a lunar cycle is just about doable.

The biodynamic diet, uber-organic regime, was thought up by an Austrian philosopher called Rudolf Steiner in 1924. The principal is based on the effect the lunar cycle has on the biological activity of plants. The theory is that the best days to harvest, plant and sow vegetables are determined by the passage of the moon and whether it is in the ascendant or descendant phase. The ascendant phase is also when the sap in plants is rising, and during the descendant phase the life energy (nutrients) is in the roots. So, leafy vegetables should be harvested when the moon is rising, and root vegetables and tubers should be harvested and eaten when the moon is falling (in descendant phase).

“Essentially, it’s about working with nature, not against it, and making the most of the land with the minimum cost impact. It is a strategy for saving the world.” Sebastian Parsons, Biodynamic Agricultural Association.

Some farmers markets are already starting to promote the biodynamic produce on offer. The biggest problem for the consumer though is how do we know when the food is harvested? Organic food is governed by strict rules concerning the use of pesticides, herbicides and soil management. It would be very hard to disprove that a carrot was harvested when the moon was falling, or a cabbage when it was rising. The Biodynamic food diet could easily be plagued by merchants exploiting the latest food fashion fad.

It is probably safest to ensure that you consume locally grown produce wherever possible, ideally from farms which limit the use of pesticides and herbicides. The Biodynamic diet is really just another slightly strange diet idea that is not actually going to help you become healthier. Those that already eat plenty of fruits and vegetables are also receiving adequate nutrients and vitamins. Those that do not eat fruit and vegetables will not subscribe to this lunar diet plan.