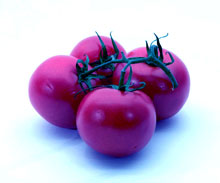 The latest research from the Univeristy of Manchester has found that eating more purple fruits, specifically plums, blueberries, blackberries and blackcurrants, can help to reduce the risk to developing Alzheimer’s, heart problems and cancer, multiple sclerosis and Parkinson’s disease.

Polyphenols are the powerful antioxidant that boosts health. Also found in some green teas, chocolate and polyphenols are what gives fruits a dark purple color. Several other studies have indicated that polyphenols can help to boost health and make us stronger. Polyphenols in green tea help to breakdown fat too, which aids weight loss, according to research.

Poorly-bound iron is another problem in the body that Dr. Bell studied. Too much poorly-iron in the body can lead to various health problems due to an increase in hydroxyl radicals that cause some degenerative diseases, such as the ones mentioned above.

“In order to protect the body from these dangerous varieties of poorly-bound iron, it is vital to take on nutrients, known as iron chelators, which can bind the iron tightly.”

Many people increase vitamin intake in the form of supplements without taking any extra nutrition. This has the potential to raise vitamin C levels to more dangerous levels. For vitamin C to be useful iron needs to be chelated.

Of course, although there is growing evidence that polyphenols may have various health benefits, this research should be taken as evidence that a diverse and balanced diet is vital for good health. In addition to research into polyphenols other scientists are carrying out research on a wide range of nutrients and ant-oxidants.

A diet that relies on purple fruits and vegetables only may not be as healthy as one that just includes some purple food as part of the balanced diet. Aim to “go purple” a couple of times a week, but ensure that you are also getting plenty of other colors in your diet, with fresh fruits, vegetables, pulses plus lean meats and healthy fats.

A couple of years ago purple tomatoes (see below) where going to be the next big thing in health. Today a new purple super-food has been announced – purple potatoes! Unlike their tomatoey cousins, the potatoes are in the supermarkets already.

The purple potato that has caused such a stir in the health world is the purple majesty. It contains around 10 times more antioxidants than the average white potato. The antioxidant that it contains in abundance is anthocyanin.

The potato was invented by scientists at Colorado State University. It is not a genetically modified potato, it has just been cross bred to produce the highest concentration of antioxidants possible. The potato is now grown by a farmer in Scotland.

Purple majesties provide a low fat energy source. The main nutrients that they contain are:

Anthocyanins are a type of flavinoid which are present in almost all plants, although only in much smaller amounts than in the purple potatoes. Other plants that provide a rich source of anthocyanin are:

From the research carried out on the health benefits of berries the follow diseases were found to be decreased by a healthy berry diet:

If you have ever drunk cranberry juice to help cure a bacterial infection in the bladder, then you have already benefited from anthocyanin.

Where Can You Buy Purple Potatoes?

Purple potatoes will be sold in the UK from Sainsburys supermarkets in Scotland and the South East of England. The farmer, Albert Bartlett, has been working with Queen Margaret University in Edinburgh and the Scottish Crop Research Institute over the last couple of years to test the purple potatoes to ensure that they are safe for consumption and can be produced economically.

Potato researcher Dr. Catherine Tsang made this statement about the health benefits of the purple potato:

“It’s this pigment that gives the potato the purple appearance, but more importantly, it possesses antioxidant properties, which are maintained even after cooking.”

She added: “We’re all aware of the stories about red wine having a more positive effect on the heart than white wine, due to their higher levels of antioxidant.

“The same thing applies to purple potatoes. Anthocyanins have potent antioxidant properties and some studies have shown that it has a positive effect on blood vessels and reducing blood pressure.”

Research has shown that darker, deeper coloured fruits are generally more nutritious than lighter ones. With this in mind, scientists have created super cancer fighting purple tomatoes.

The purple tomatoes are rich in an antioxidant pigment called anthocyanin, which studies have shown to have anti-cancer properties. The research is being carried out by the John Innes Centre, Norwich. The scientists added genes from the snapdragon flower, to tomatoes, which greatly increases the anthocyanin content.

The results of the research featured in the journal Nature Biotechnology, and reported that mice which ate the tomatoes had decreased mortality rates, causing a “significantly longer” lifespan. Anthocyanins, found in particularly high levels in berries such as blackberry, cranberry and chokeberry, have been shown to help significantly slow the growth of colon cancer cells. Dark berries are amongst the “superfoods”. Anthocyanins can also help to prevent the onset of cardiovascular disease and age-related degenerative diseases. That is not all though, as anthocyanins also appear to have anti-inflammatory properties and help boost eyesight, and may even help reduce obesity and diabetes.

Currently research is focusing on finding new ways to increase the amount of health-promoting properties in more commonly eaten fruits and vegetables. Tomatoes already contain high levels of beneficial antioxidant compounds, such as lycopene and flavonoids, and feature in a wide variety of meals, so producing an ultimate healthy tomato seemed a sensible option. The research team is now looking for human volunteers to test the tomatoes further.

“Most people do not eat five portions of fruits and vegetables a day, but they can get more benefit from those they do eat if common fruit and veg can be developed that are higher in bioactive compounds. This is one of the first examples of metabolic engineering that offers the potential to promote health through diet by reducing the impact of chronic disease. And certainly the first example of a GMO (genetically modified organism) with a trait that really offers a potential benefit for all consumers.” Professor Cathie Martin, John Innes Centre.

Comments from the medical and scientific community;

“It is exciting to see new techniques that could potentially make healthy foods even better for us. But it is too early to say whether anthocyanins obtained through diet could help to reduce the risk of cancer. We do know that eating a healthy, balanced diet that is rich in fibre, fruit and vegetables – and low in red and processed meat – is an important way to reduce your cancer risk.” Dr Lara Bennett, of the charity Cancer Research UK.

“The technology offers great scope for altering colours of fruits and vegetables, and their content of potentially health-protective compounds. However, he said it would be wrong to assume the effects seen in mice would necessarily occur in humans.” Dr Paul Kroon, of the Food Research Institute in Norwich.

“Fruit and veg with higher levels of health-promoting compounds should not been seen as a replacement for eating a healthy balanced diet. There is no magic bullet to cure all.” Anna Denny, a nutrition scientist for the British Nutrition Foundation

While this is exciting news, it is not the first time that we have heard reports of new superfoods being created in the laboratory. For this to benefit society, people first need to eat more fruit and vegetables. It can only benefit people that are already eating a healthy diet, and those most at risk, who rarely consume their 5-a-day, will not benefit at all from something that they never eat!