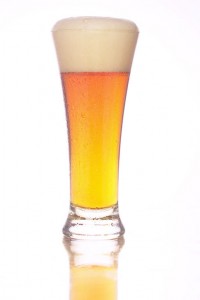 OK, in an ideal world we will all stop drinking beer to lose weight. But this is just not a workable solution. If you want to lose weight you need to reduce calories and cut sugar, but at the same time you need some pleasure in life, and for a lot of guys and gals, that pleasure comes from drinking beer.

Now we have mentioned that beer, when drunk sensibly, is actually a good post workout hydration drink, a few glasses does no harm. In fact over the years some studies have shown that people who have a beer a day live longer. Maybe the added exercise of walking to a bar helps?

Anyway, to help keep the pounds off this holiday season, here are some low cal beer options.

Sugar levels are around half of the ones listed above. Some people find that taste is sacrificed a little more though. Take your pick.

Remember, although these beers are lower in sugar than many others, they still pack around 100 calories per bottle, so a few bottles a day and you will be consuming an additional 9000 calories in a month, and a big night could see you guzzling down 1000 calories in one session. So it is not zero calorie, just lower than the traditional brands.